Ever wish the bar had audio playing for the sports game you came to watch? At Austin’s newly opened Brew Exchange that’s no issue. Each booth in the bar has been outfitted with a flat screen and Brown Innovations directional speaker mounted above so tables can enjoy their own TV programming with audio.  That means no arguments between basketball fans and hockey fans over which commentary is broadcast when the Mavericks and Stars play at the same time.

“I’ve never seen something like this,” said Brew Exchange partner Nick Adams. “The dome helps isolate the sound. You can reserve one of the booths any time you want, come in, and watch a game with friends.” Brown Innovations, originators of sound dome technology, custom designed hemispherical audio localizers to direct sound to people seated around the tables.

“A sound dome from our standard line would only direct audio down to the salt and pepper shakers on the table,” said Jeremy Brown, President and CEO of Brown Innovations. “For applications like Brew Exchange, we custom design a sound dome based on table dimensions and the seating configuration to direct sound to people around the table.”  Patrons sink into a sweet spot of audio as they sit down in the booth. 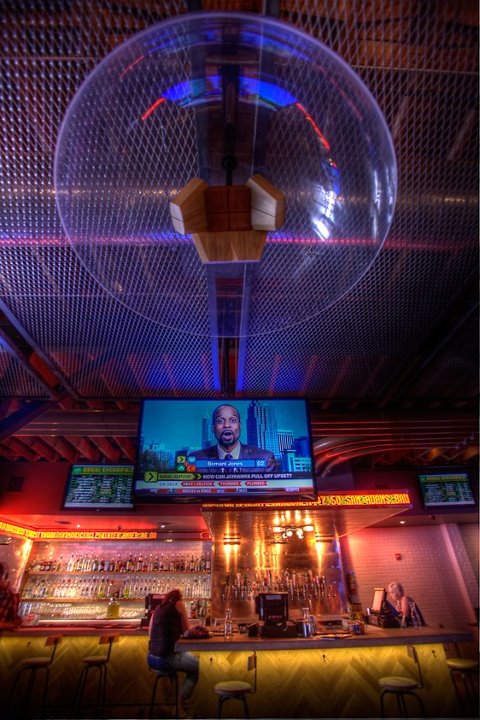 “People are going to be blown away,” said Tim Womac, another one of the Brew Exchange’s partners. “There’s nothing like this in town.” The bar also offers supply-and-demand pricing for its rotating selection of 72 draft beers. If things take off, owners say more locations could open.